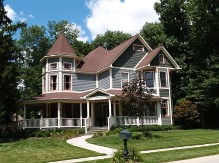 There’s no cause for alarm, as year-over-year home prices increased by 13.20 percent as compared to year-over –year readings of 13.40 percent in December and 13.70 percent in November. David Blitzer, chair of the S&P Dow Jones index committee, said “The housing market is showing signs of moving forward with more normal price increases.” Home prices remain about 20 percent below a peak reached in 2006.

Analysts expect home prices to grow at a slower pace in 2014. Factors impacting home prices include higher mortgage rates that make homes less affordable, new mortgage rules that may affect some homebuyers’ ability to qualify for a mortgage.

A shortage of available homes overshadowed housing market growth in 2013; there just weren’t enough homes available to meet demand in some areas.  The Federal Reserve’s Federal Open Market Committee (FOMC) noted in its statement last week that it was difficult to determine the exact scope of winter weather on recent economic reports.

The S & P Case-Shiller 10 and 20-city home price index reports shed light on a “patchwork quilt” housing recovery. While some areas have seen a higher than average rate of year-over-year home price growth, other areas are underperforming.

Here is a sampling of Case-Shiller’s January data throughout the U.S:

The Federal Housing Finance Agency, which oversees Fannie Mae and Freddie Mac, released its House Price Index (HPI) for January with similar results for homes mortgaged or backed by Fannie Mae and Freddie Mac. The House Price Index indicated that home prices rose by a seasonally-adjusted rate of 0.50 percent from December to January. According to the FHFA HPI, home prices increased by 7.40 percent year-over-year.

The FHFA HPI data is seasonally adjusted and is based on home purchases only.

FHFA month-to-month data for the nine census bureau districts reflects the differences in housing markets throughout the U.S.

Along with warm weather’s arrival is the potential for regional housing markets sidelined over the winter to recover.