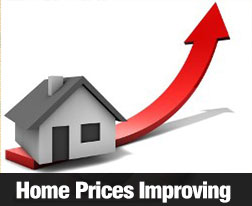 According to the S&P/Case-Shiller 10 and 20-City Home Price Indices released Tuesday, the U.S. Housing Market is on a roll based on year-over-year increases in average home values, but month-to-month results were mixed.

The annual readings for the S&P/Case-Shiller 10 and 20-City Housing Market Indices in November suggests that U.S. markets are strong enough to sustain momentum in spite of rising mortgage rates. The month-to-month results show that both indices decreased by an incremental 0.10 percent in November, 2013.

Keeping in mind the traditional slump in home sales during the winter and holiday season, lower month-to-month readings were neither unexpected nor disappointing.

Nine of the 20 cities surveyed posted positive month-to-month growth in home prices. Of the nine cities, only Boston, Massachusetts and Cleveland, Ohio were not located in the Sun Belt.

While positive in his remarks about increasing home prices, Mr. Blitzer also noted that indicators suggested a slower rate of growth during 2014.

This aligns with previously released economic news citing uncertainty about mortgage rates that may continue to rise as the Federal Reserve continues tapering its monthly asset purchases under its quantitative easing program.

The Fed’s FOMC meeting is scheduled to end Wednesday, January 29, at which time the committee’s customary statement will indicate whether or not the Fed’s monthly asset purchases will be reduced from their current level of $75 billion.

On the positive side, Chairman Blitzer said that the low inflation rate (1.50 percent in 2013) and rising home prices are helping homeowners accumulate home equity at a faster pace.